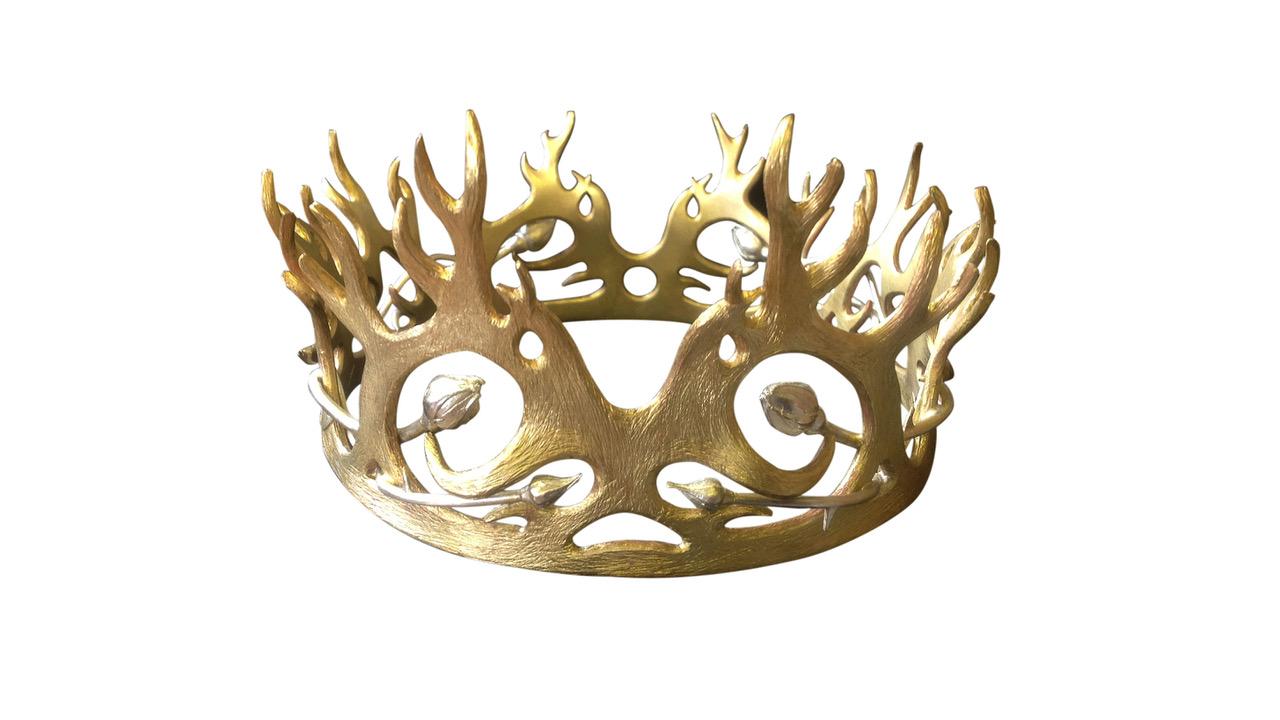 Margaery Tyrell and Joffery Baratheons’ wedding in series 4/ episode 2, was an extravagant opulent affair. We were absolutely delighted to be commissioned to make the crowns for the new King and Queen of the seven Kingdoms.

Antler shapes were hand cut from 5mm sheet brass, then filed, shaped and textured. Joffery’s crown was made in four sections and soldered together. Silver buds were cast from real rose buds and intertwined with through the brass 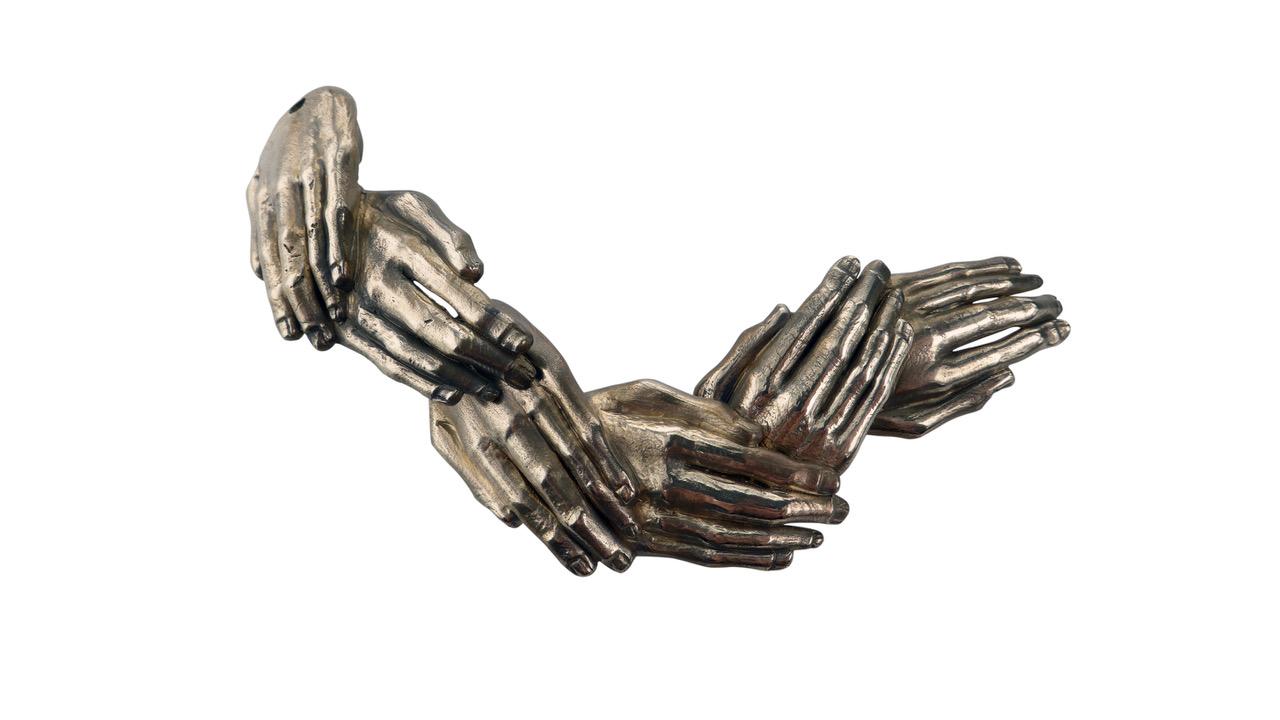 The Hand of the King

One of the opening scenes of GOT series 1 has Lord Arryn body laid out in state; he wears a Chain of Office for ‘The Hand of the King’ around his neck.

A half metre long bronze chain of interlocking hands, this piece weighs over 200g of solid brass. Constructed by a combination of CAD, hand carving, casting and riveting. Knowing the plot line from the books, we would expect to see this chain appear in a future series 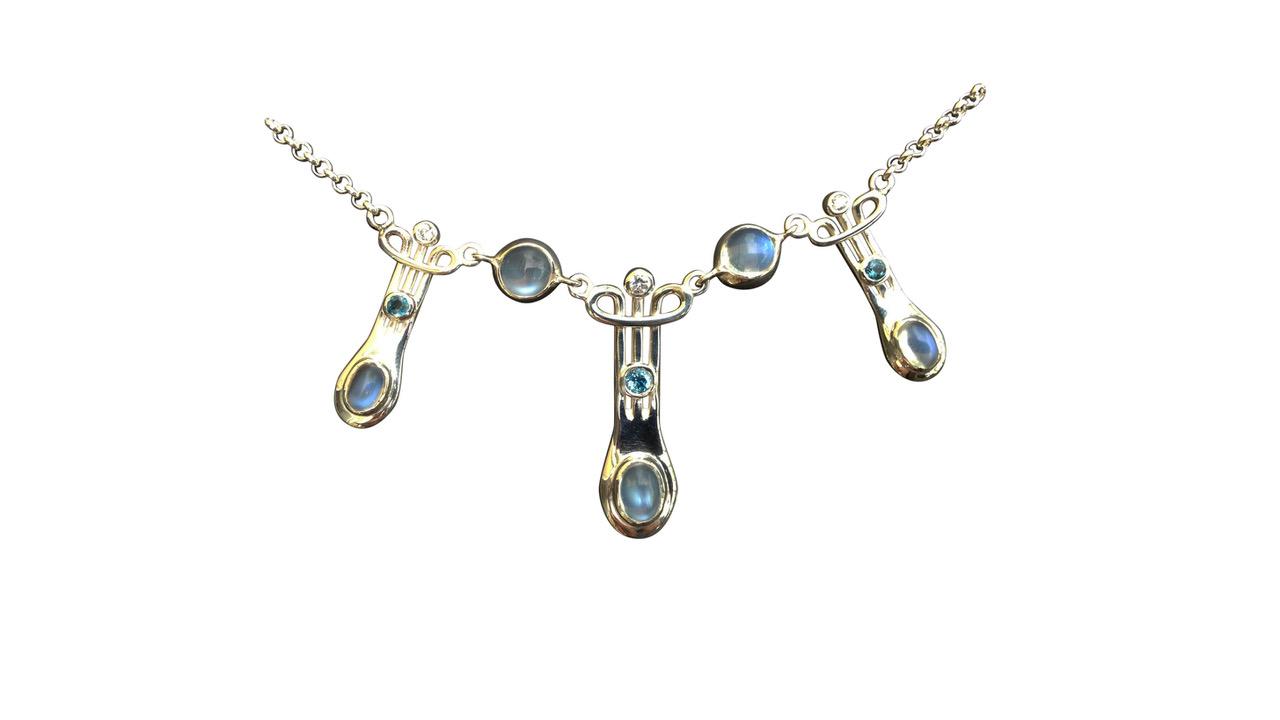 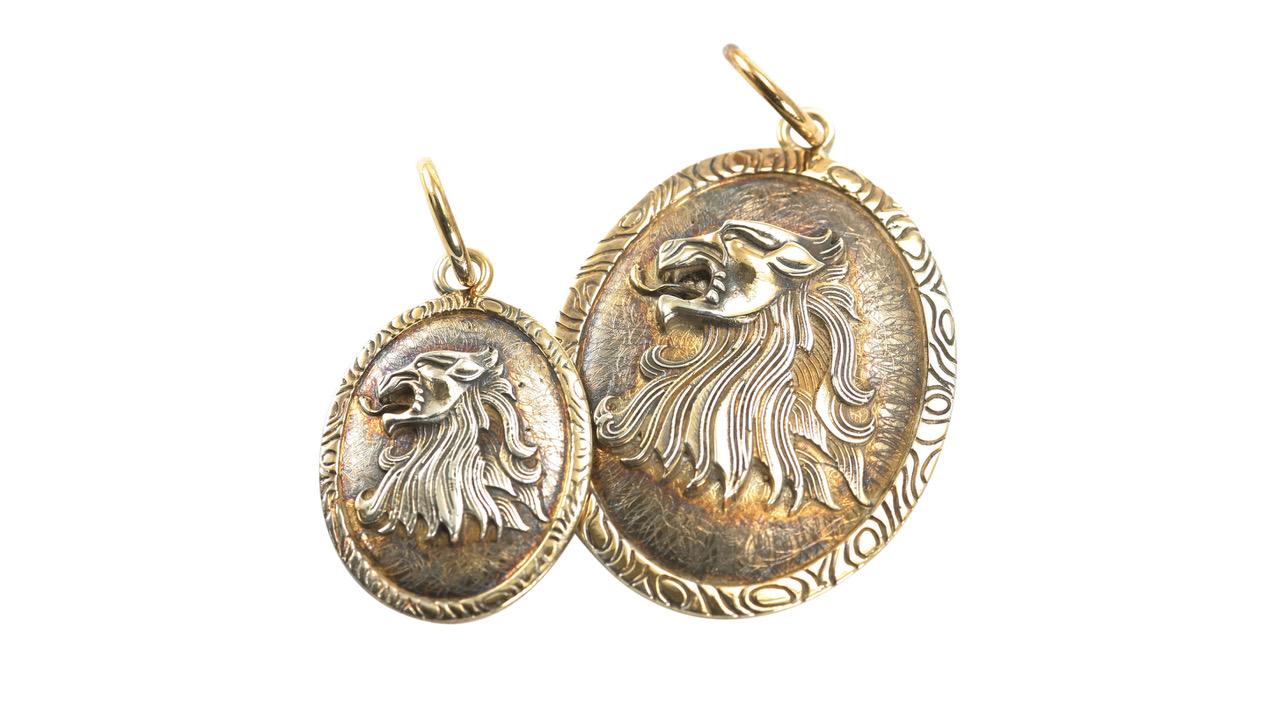 The lioness pendant is worn by Cersei on a number of screen appearences, throughout the three series. A smaller version is given by Joffery to Sansa in series one, not long before he cuts off her father’s head, charming!

These were created by CAD, cast in sterling silver, gold plated and ‘aged’ 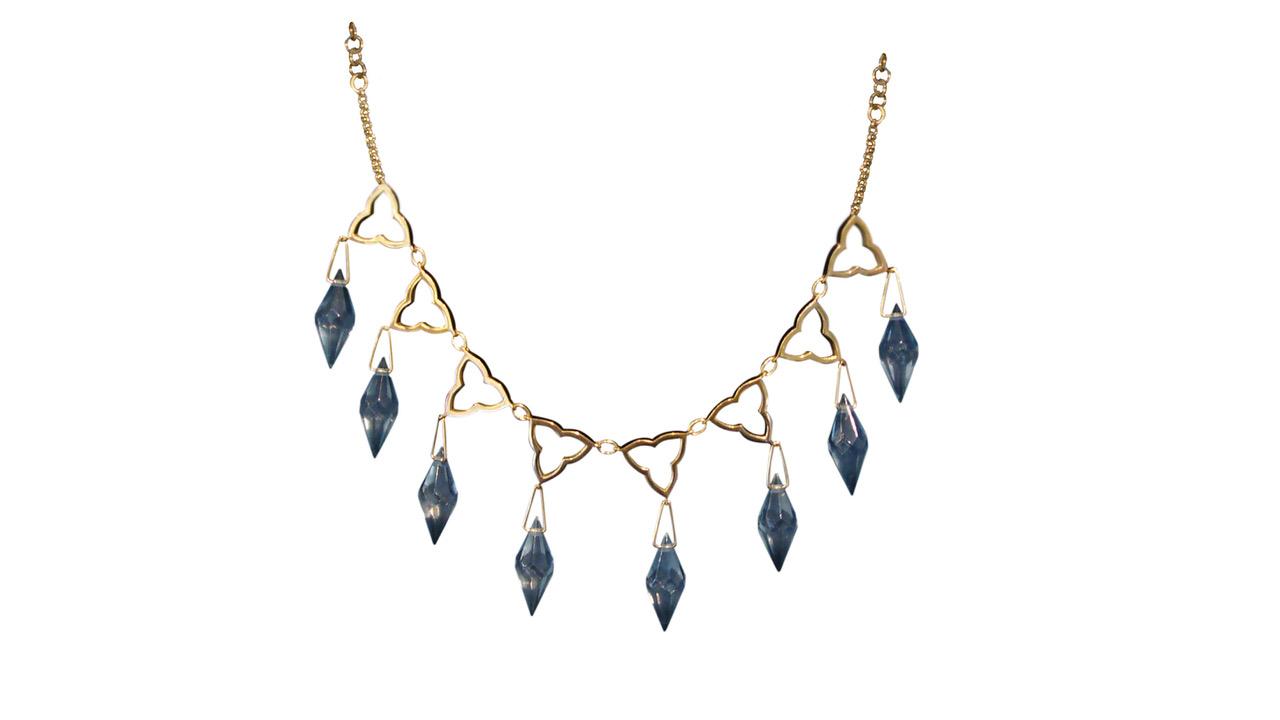 Not a hairnet of black amethyst as GoT book fans would have anticipated, Sansa was given a necklace by Ser Dontos instead.

This was also crafted in Steensons Glenarm workshop, from sterling silver and rose gold plated. The final necklace had seven cystals, not eight as seen here. And of course that end stone was no ordinary crystal! 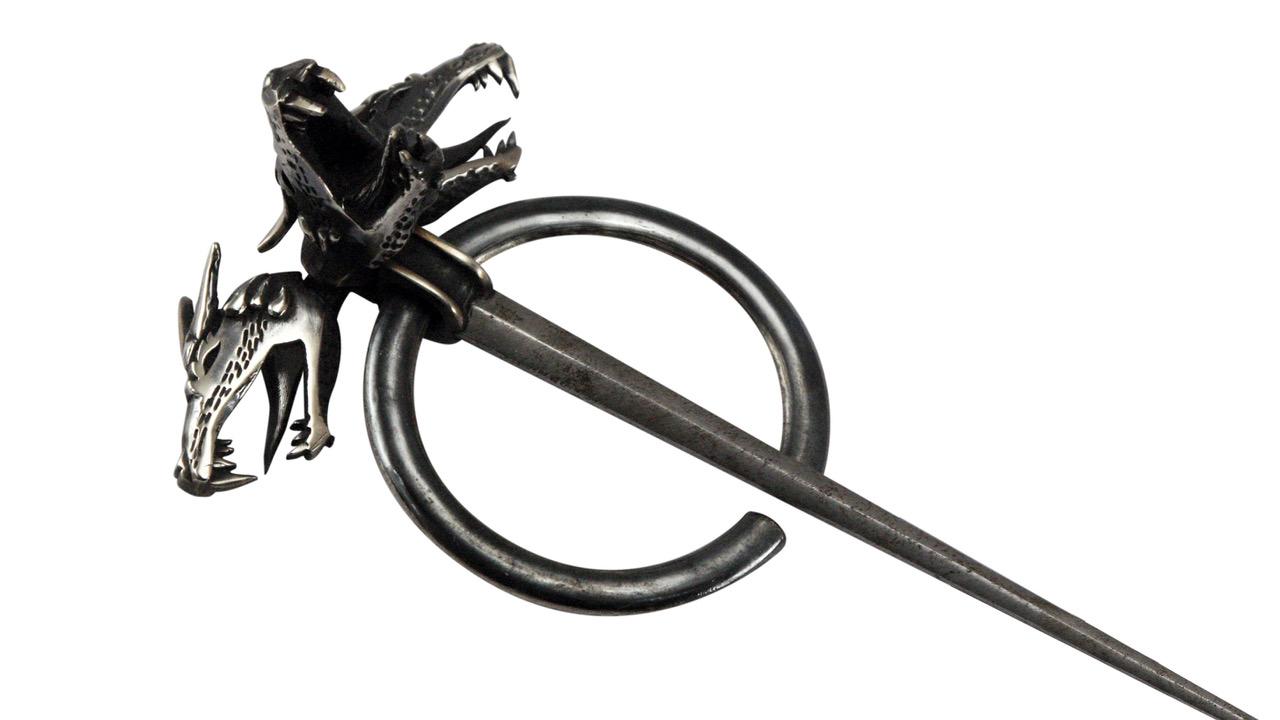 Dragon brooches worn by Daenerys and her brother Viserys, we made three of these in total. Dragon heads and silver circles were initially created on CAD, and 3D milled in wax. The finer detail on the dragon heads was then hand carved in the wax before casting them in silver. The swords were made by filing and shaping steel.