We are very proud to be established as Northern Ireland’s leading independent craft Jewellers, with a flagship store on Bedford St, Belfast and a workshop and showroom in the village of Glenarm. Our designs are bold, contemporary and innovative. We strive to achieve the highest standard of craftsmanship in each and every piece.

Inspired by the natural landscape and geometric forms we use a variety of traditional techniques along with cutting edge technologies to create highly desirable collections and bespoke designs.

Our highly skilled team of goldsmiths, design consultants and sales staff are led by Brona Steenson, daughter of founders Bill and Christina Steenson. With a BA hons in Fine and Applied Art, twenty years of experience in the family business and a wealth of CAD and design knowledge, Brona considers it a privilege to be leading her family firm into its fifth decade of success. 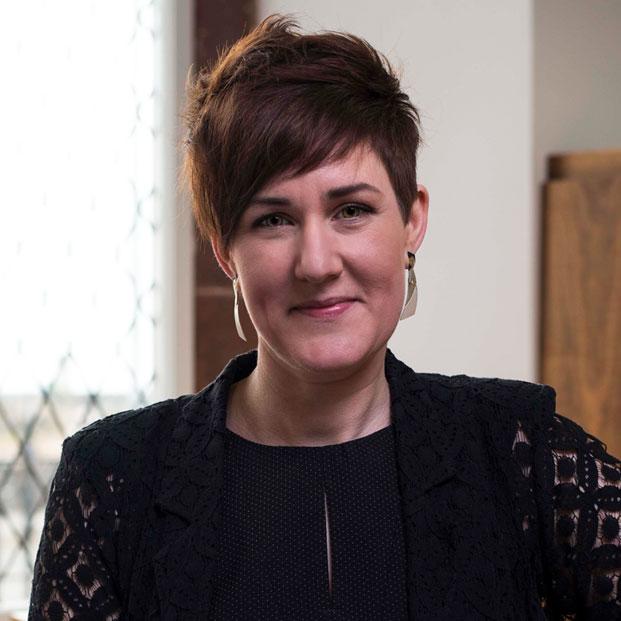 “You will find me ‘front of house’ most days, were I take great pleasure in designing bespoke pieces, tailor-made for clients. Creating a design, watching it evolve through the processes of this highly skilled craft and seeing the delight on the recipient’s face, never fails to make me smile” 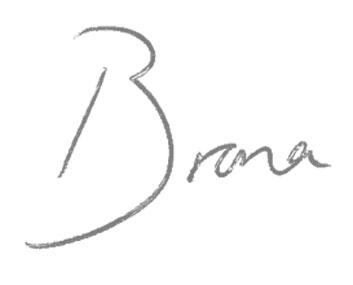 Founders Bill and Christina are graduates of The University of Ulster where they studied jewellery and silversmithing. In 1976 they set up their workshop in the beautiful and historic village of Glenarm, Co. Antrim. Crafting unique, contemporary jewellery their designs set them apart from the traditional high street, forging a niche in the market which is still held by the firm today.

Originally known as ‘Jewellery Workshops’ Bill and Christina supplied their unique designs to various craft galleries and jewellery shops throughout the UK, Ireland and as far a field as New York. Through stores like ‘The Kilkenny Shop’ in Dublin and Selfridges in London they started to build a loyal following of customers allowing them to open their first Belfast store in 1988, called Ór Gallery. Relocating some years later to Bedford Street in 1995, where Steensons stylish store can be found today.

The workshop has seen great expansion over four decades, from the two-man, one room, workshop of the seventies to the six strong production team at the bench today, using 3D printers, laser engravers and CAD design alongside the highly valued traditional skills. Talents showcased by the enthusiasm and support of the front of house sales and design team.

Naturally the work evolved and changed over the decades, but the ethos has stayed the same; to be innovative in design whilst producing the highest standard of craft. 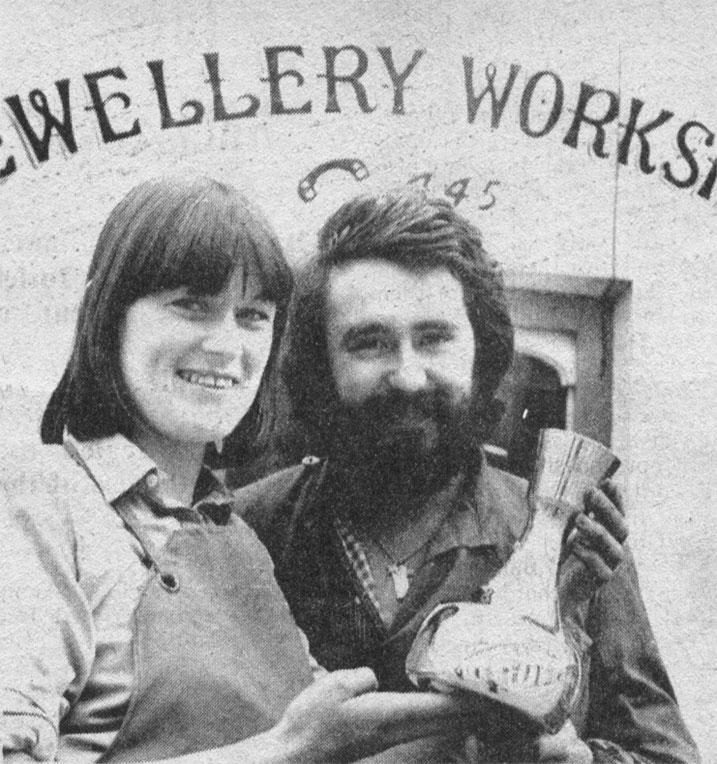 Bill and Christina outside the Original Glenarm Workshop in 1978