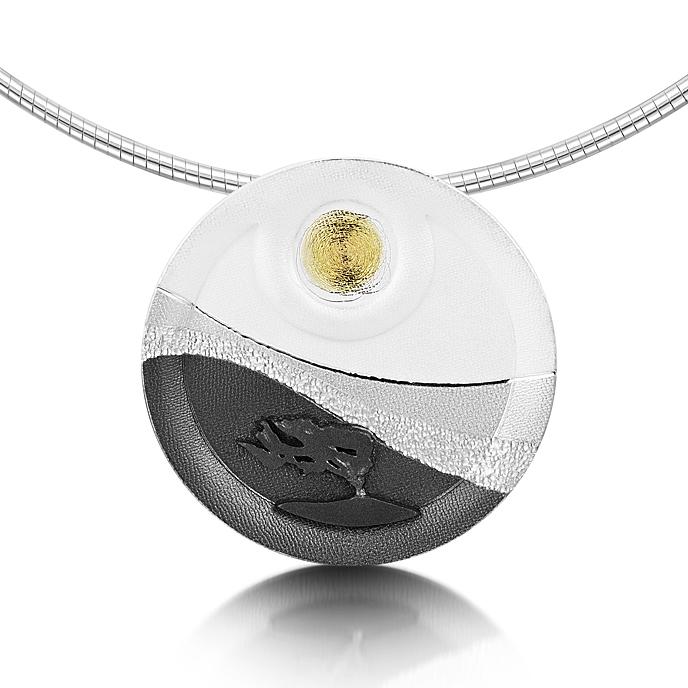 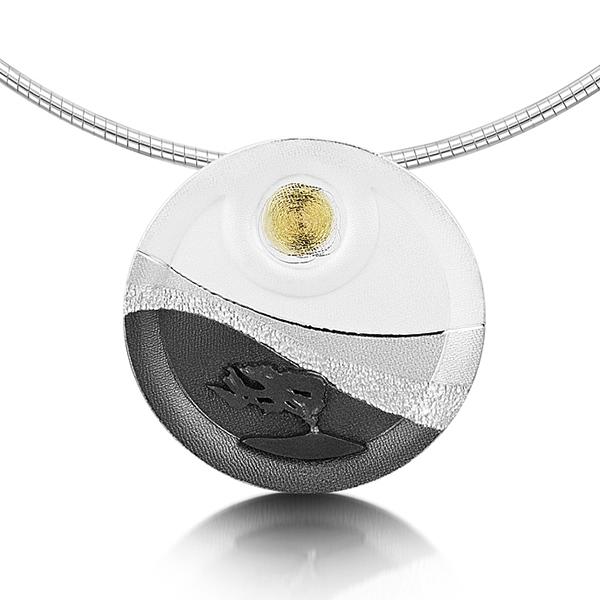 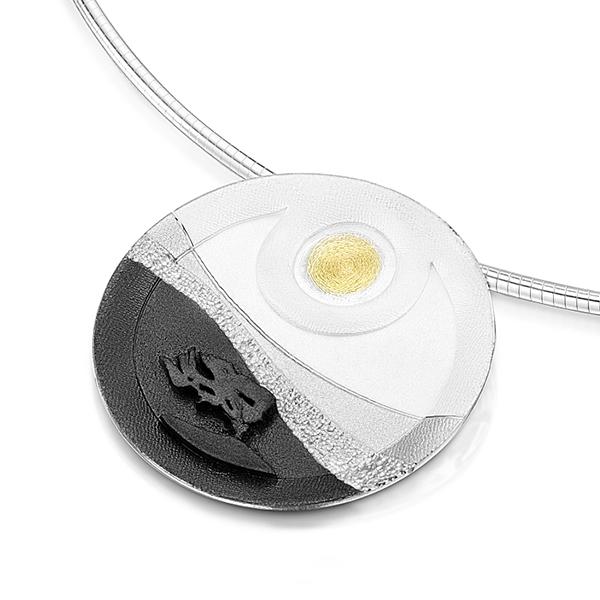 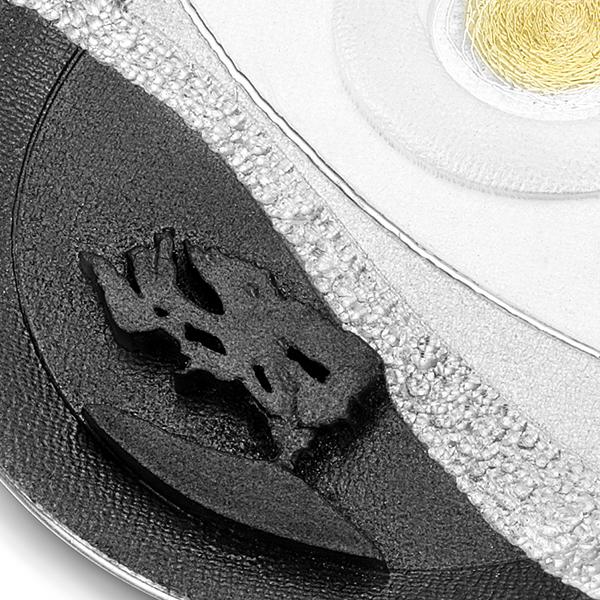 Folklore and storytelling has strong roots in Ireland and no less so in the Glens of Antrim. Traditionally farmers in the area would avoid felling lone hawthorne trees in the middle of their fields, for they feared the Fairy Folk who inhabited these trees would play mischief on them. To this day singular hawthorne trees can be found all over the Antrim Hills, often twisted and bent double from years of strong north winds. This pendant from our Northern Reflections collection was crafted from sterling silver with black rhodium and gold gilt detail in Steensons Co Antrim workshop. 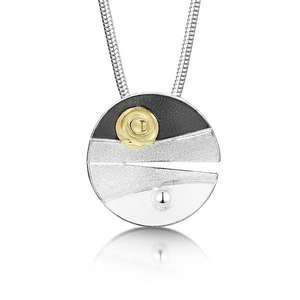 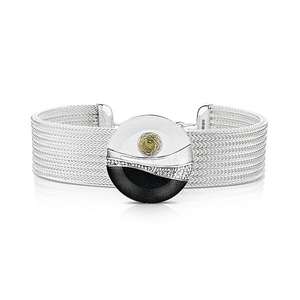 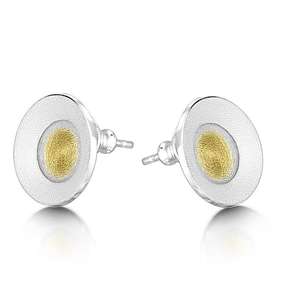